Magic Consultant and Director for Television and Film Productions 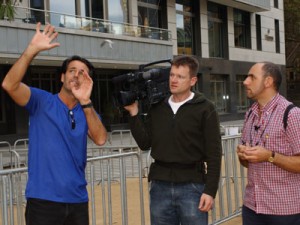 As a magic consultant and director, Robert Gallup and his production team assists other artists, producers and directors in creating and staging amazing magic, illusions and special effects for television and films, as well as live event, theatrical, touring and theme park productions.

Robert Gallup has magic consulted and directed on television and film productions for some of the world’s most successful magicians and illusionists, as well as A-list actors, writers, producers and directors.

A feast of illusions, laser effects and pyrotechnics, Extreme Magic is a magic spectacular unlike anything ever seen in Asia before.